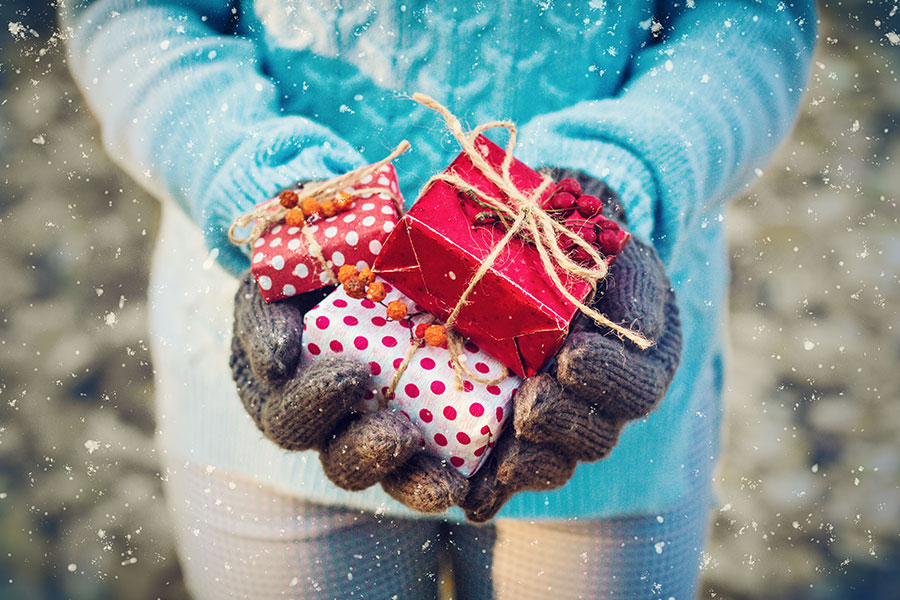 Experience the Joy of Giving

The many opportunities for giving can seem overwhelming, especially during the holidays. Nearly every not-for-profit organization makes a big fundraising push – sending emails, mailing postcards, and publishing ads online. Offices and schools organize toy or food drives, along with Secret Santa and white elephant exchanges. And then there’s the annual task of shopping for family and friends, too.

Is there such thing as too much giving? Yes, if you’re over-extending yourself financially or emotionally. There is, however, a growing body of research that has linked actual psychological and physical benefits to the selfless act of giving to others. Several studies have shown that the act of giving, whether of money, time, or other gifts, can make people feel happier, improve physical health and even contribute to a longer life.

Participants in a 2008 study by Harvard Business School professor Michael Norton and colleagues predicted that spending money on themselves would make them happier than they would be spending that money on others. Despite this assumption, the participants found that the opposite was true.

According to an article on psychologytoday.com, one study found that donating to a charity activated neural activity in the same areas of the brain that are activated by pleasures such as eating and sex. This “warm glow” is known as the “helper’s high” believed to emanate from a release of endorphins when engaging in altruistic behavior.

In addition to increased feelings of happiness, participants across a variety of studies saw physical benefits ranging from reduced rates of depression, lower stress, and lower blood pressure readings, and possibly decreases in cardiovascular risk. There are also early indications that “suggest altruism is linked to a longer lifespan.”

The studies don’t point to a single best way to give. The positive benefits were reported from volunteering time, donating to charitable causes, helping neighbors, and buying gifts for loved ones. Plus, giving is a great way to increase engagement in your community and can bring neighbors closer together.

This holiday season, we hope you’ll join Ash Gujral and all of us at the Gujral Community Fund in experiencing the joy of giving. Please consider donating to these great organizations that we’ve supported this year: